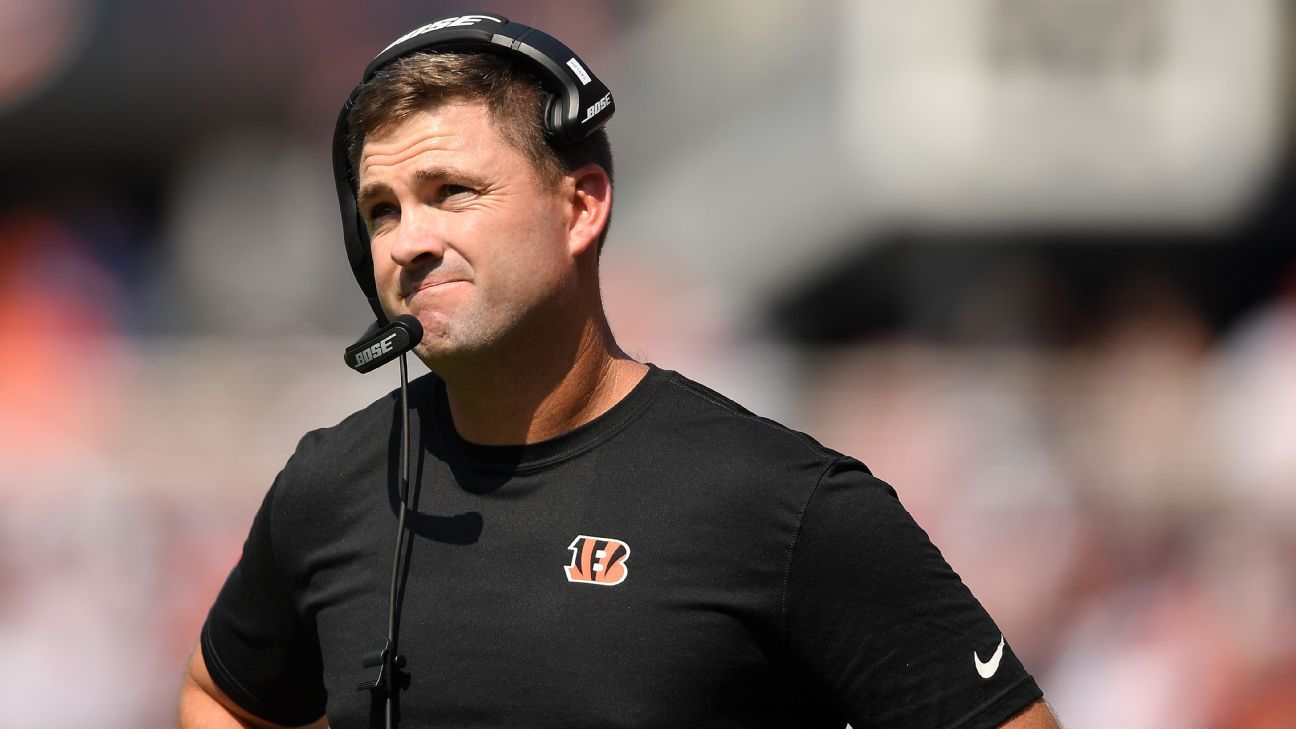 CINCINNATI – The Cincinnati Bengals will officially be without two of their best offensive linemen in Sunday’s AFC Division playoff game against the Buffalo Bills.

Left tackle Jonah Williams and right guard Alex Cappa are officially ruled out, leaving Cincinnati with three total reserves on the offensive line. Right tackle La’el Collins has been out since Week 16 with a torn ACL in his left knee.

Bengals coach Zac Taylor said the unit’s communication and level of detail has been most encouraging as Cincinnati prepares for Buffalo’s boisterous and rowdy home court advantage.

“I thought they were doing a good job,” Taylor said of the group’s synergy. “I think they are ready to go and take their chances.”

Right guard Max Scharping and left tackle Jackson Carman have continued to work in those respective positions all week with Williams and Cappa. Both players, who were in the team’s facilities all week, were kept out of practice while they recovered from their respective injuries.

When asked about their long-term prognosis, Taylor simply said that both will be evaluated weekly.

This will be Cappa’s second game to miss since sustaining a left ankle injury in the Week 18 win over the Baltimore Ravens. Cappa was spotted using a push scooter and still had a protective boot on his left ankle earlier this week. Williams was not using any movement aids when he was spotted in the locker room on Wednesday after suffering a dislocated kneecap in last weekend’s wild card win against Baltimore, but Taylor maintained Williams’ weekly diagnosis.

Bengals offensive coordinator Brian Callahan said there are ways players and coaches can help the offensive line against a Buffalo defensive line that ranks 11th in the league in pass rush win rate, an ESPN stat powered by NFL Next Gen. give quarterback Joe Burrow enough time to hold the ball and play downfield, pass protection should be adequate.

“It doesn’t really change how we spend our week and how we play,” Callahan said earlier in the week. “We just know we have time and place to help guys when they need it.”

Cincinnati and Buffalo meet for the first time since the 1989 AFC Championship Game in the playoffs, a game the Bengals won. Most recently, the two teams met in the Week 17 game that was canceled after Buffalo safety Damar Hamlin went into cardiac arrest after a tackle.

Bengals running back Joe Mixon said energy was focused throughout the week as Cincinnati prepared for Sunday’s game in Buffalo.

“You know what’s at stake,” Mixon said. “The game in the playoffs speaks for itself. Everyone is like ‘Big game, big game.’ But this is automatically a big game. These are the play-offs. It’s win or go home.”