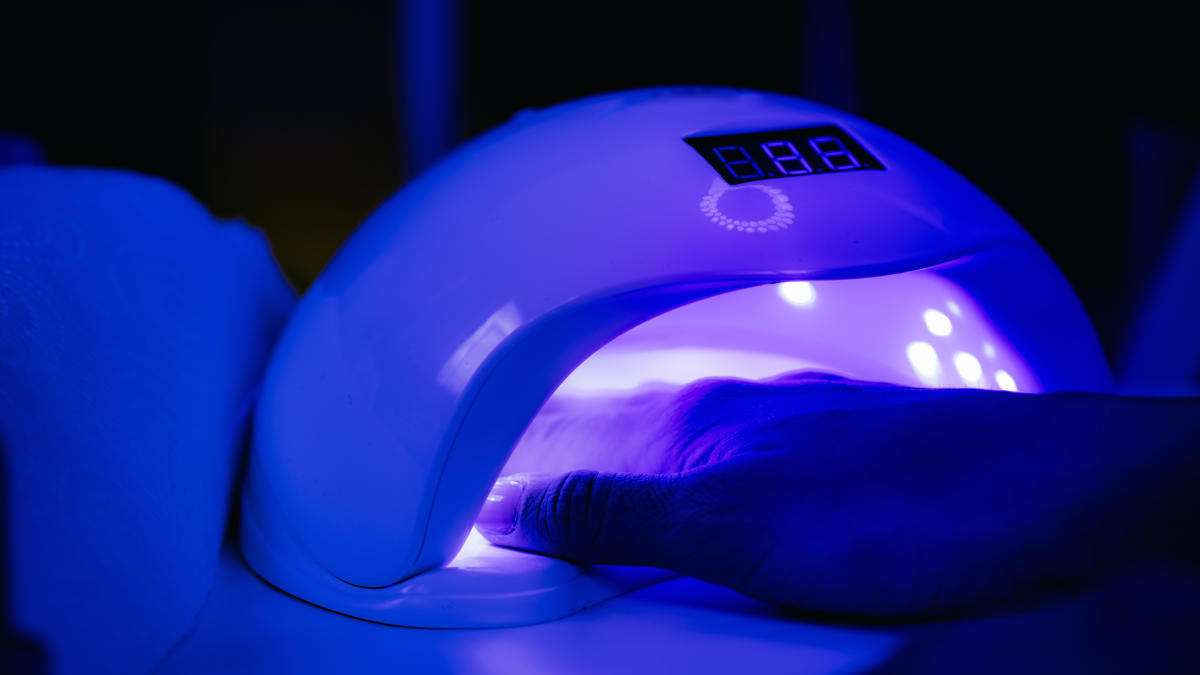 Exposure to ultraviolet radiation is known to cause skin damage, including skin cancer. Now, new research has raised questions about the safety of nail dryers, which use UV light to dry and harden gel nail polish.

The study shows that long wavelengths of ultraviolet light (UVA) from UV nail dryers can damage DNA and cause mutations in human cells that increase the risk of skin cancer.

The Washington Post asked dermatologists what the finding means for people getting their nails done, whether UV nail dryers are safe and what precautions people can take with gel manicures and pedicures. Here’s their advice.

What did the new nail dryer study find?

Senior author Ludmil Alexandrov said that based on the study, researchers cannot conclude that these dryers increase the risk of cancer. Scientists should conduct a large-scale epidemiological study to quantify changes in cancer risk in the general population.

“But we see very clearly that it negatively affects cells and damages DNA,” said Alexandrov, an associate professor of cellular and molecular medicine at UC-San Diego.

The Food and Drug Administration considers UV nail dryers used to set gel manicures and pedicures to be low risk when used as directed. There is currently no evidence that the machines cause cancer, although some studies have shown that the UV radiation from some nail dryers is stronger than the sun, which can cause skin cancer.

Dermatologists not involved in the study told The Post it’s important to note that the researchers were examining human cells — not human beings, which have multiple layers of skin that provide extra protection against UV rays. Still, some said the results were concerning, though not surprising given that UV-emitting devices such as tanning beds are carcinogenic to humans.

They said the recent findings highlight the potential for skin cancer-causing DNA damage.

This damage could “give rise to the most common skin cancers — basal cell carcinoma and squamous cell carcinoma, as well as melanoma, the most deadly skin cancer,” said Maral Skelsey, director of the Dermatologic Surgery Center of Washington and clinical associate professor of dermatology at Georgetown University.

She said melanoma around the nail, or acral lentiginous melanoma, is particularly concerning because it is often not diagnosed until the cancer has progressed.

“It is also found in dark skin and clinicians may not have a high index of suspicion for skin cancer in these patients,” she wrote in an email.

Dermatologists said UV nail dryers would theoretically be safer if used sporadically, since UV exposure – and associated cancer risks – are cumulative. Many women who get gel nails come back for maintenance every two to four weeks, depending on how fast their nails are growing. Some women ask for gel nails only a few times a year, which are stronger and less likely to break.

“If you had your hands under one of these machines every day, that would be a problem,” says Melissa Piliang, a dermatologist at the Cleveland Clinic who has spoken about the risks of UV lamps.

She said that when people use them infrequently — once or twice a year — and take precautions such as using a good sunscreen or protective gloves to protect themselves from unnecessary exposure, “that’s much less risky.”

Unlike regular nail polish that dries on its own, gel polish won’t harden without exposure to UV light, dermatologists said.

However, research has shown that the removal process, which involves soaking the nails in acetone for a long period of time, can have a negative impact on the nails.

“If you do this regularly — going from one gel manicure to another — it can thin the nails, but it’s not dangerous for the nails in any other way,” says Shari Lipner, associate professor of clinical dermatology and director of the nail department. at Weill Cornell Medicine.

Is there a way to help prevent UV damage from nail dryers?

Some dermatologists recommend using a water-resistant, broad-spectrum sunscreen that contains at least SPF 50 on the hands. Piliang suggested making sure it’s also a physically blocking sunscreen, containing zinc oxide or titanium dioxide that activates the lotion as soon as it’s applied to the skin.

Other sunscreens, she said, can take longer to protect the skin, “so you may have already done your manicure before the other ingredients would be active.”

The sunscreen should be applied after the nail technician has finished soaking the hands or using other lotions or oils. Apply just before the technician begins painting the nails – ideally at least 20 minutes before exposure to UV light.

Sunscreen does not protect people from risks associated with UV exposure under the nail, such as the development of subungual squamous cell carcinoma, a rare cancer that is difficult to treat and affects the fingers or toes, Adam Friedman, professor and chair of dermatology at the George Washington School of Medicine and Health Sciences, wrote in an email.

Some dermatologists believe that UV protective gloves are more effective than suntan lotions applied to the hands. There are fingerless anti-UV gloves specifically designed for use in UV dryers.

“Gel manicures are a good value for patients of mine who have permanently distorted nails. The gel can make them look very uniform, and professionally and interpersonally, it can be life-changing,” says Chris Adigun, a board-certified dermatologist at the Dermatology- and Laser Center of Chapel Hill, NC “But I tell them to protect themselves with a UV protective physical garment over their hands.”

Is there a long-lasting nail alternative?

The technique uses a colored polymer-based acrylic powder and an activator instead of UV light to cure it. After the nail is prepared, a person can either dip the nail in the powder or have it painted on the nail.

Dermatologists caution clients to ensure that the nail salon and technician are taking proper precautions. They should avoid double dipping, or multiple clients dipping their nails into the same container of powder, to avoid spreading bacteria and other germs.

How do I know if the dryer in the salon uses UV or LED light? Is LED safe?

LED lights that do not emit UV radiation should be a safer choice. But these are dryers and not used to set a gel manicure.

Some LED lights also emit UV radiation, dermatologists said. The only way to be sure whether the nail dryer uses UV radiation is to inquire at the salon.

On the California coast, people ride out the wrath of nature