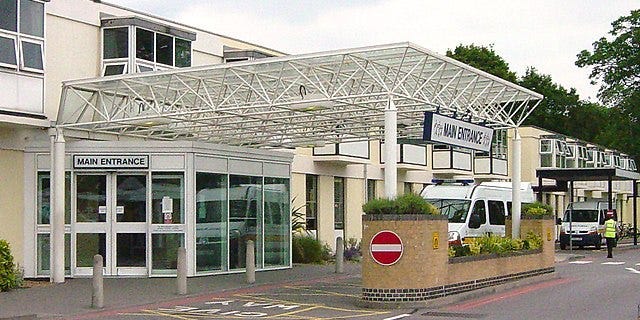 Thanks for signing up!

Access your favorite topics in a personalized feed on the go.

A British girl has won a £39 million ($48.3 million) settlement after she had all her limbs amputated following a wrongful discharge from a hospital.

Lawyers for the unnamed girl said she was taken to Frimley Park Hospital in Surrey, south-east England, with a high fever, drowsiness and vomiting, Metro reported, described as “red flags for meningitis and sepsis,” according to BBC News, but she was sent away with paracetamol.

Her parents returned to the hospital as her condition worsened, where she was diagnosed with meningococcal sepsis and later went through multi-organ failure.

The severity of her sepsis later led to her needing her quadruple limb amputations, said Elizabeth-Anne Gumbel KC, the family’s representative, according to the BBC. The girl had above-the-knee amputations of both legs and above-the-elbow amputations of her arms, the BBC said.

Her family argued that if she had been treated with antibiotics immediately, she would not have been so ill and could have saved her limbs.

The Hospital Trust admitted liability in the High Court in London on Friday, Metro reported.

Gumbel described the girl as “extremely brave” and said she “does well in school to do well academically”, according to the BBC.

According to the BBC, the family’s lawyer, Deborah Nadel, described her injuries and disabilities as “entirely avoidable with proper care”.

The NHS trust accepted liability for the young girl’s condition, with Bradley Martin KC, representing the trust, saying: “There is no amount of money that can really compensate for her injuries.

The girl gets part of the settlement all at once, and the rest is paid annually for the rest of her life.

A spokesperson for the NHS trust told the BBC: “We are deeply sorry for the plaintiff’s injuries, and we understand that no amount of money can fully compensate.

“However, we are pleased that the settlement has been approved and we hope that the agreed compensation will enable the plaintiff to live as independently as possible in the future.”